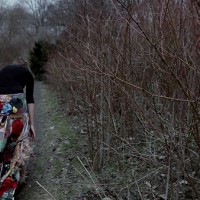 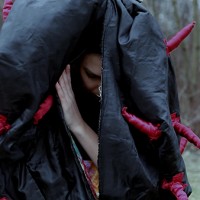 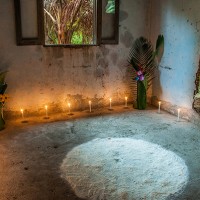 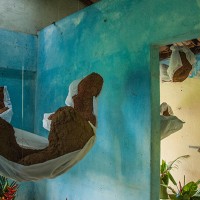 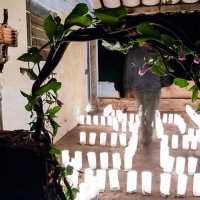 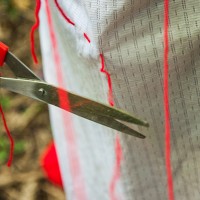 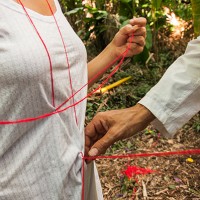 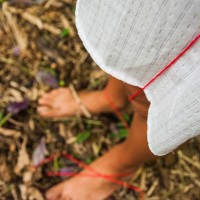 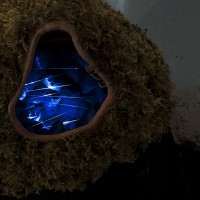 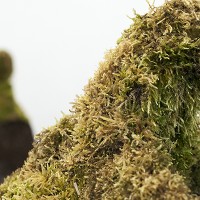 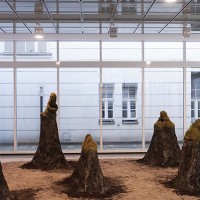 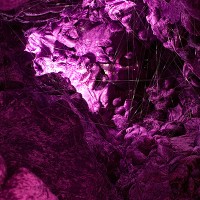 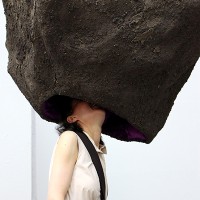 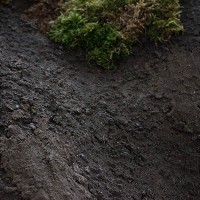 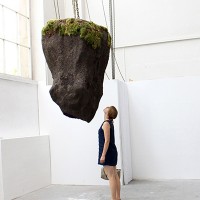 ARTIST STATEMENT (General work philosophy)
I look around at the world and everything is divided, all is loaded with frames and frontiers. But, actually, I believe that there are no boundaries in our truly deeper perception. Is is a continuous envelope in which we move.                             My intention through my different works is to achieve that the visitor perceives a different and broader reality, closer to a perception of a whole. In order to do this, I seek the union between the split, opposite and complementary: outside – inside; natural materials – materials made by man; etc. Union, in this case, should not be confused with the idea of equality, i.e, diversity will always exist and each of the parts should always retain its individual identity, what interests me is the concept of complementarity that allows parities exist or coexist via a balance.

ABOUT THE PRESENTED WORKS:
La Tierra que cuelga (2014) and RE-UNION (2013) are biodegradable works which fulfil there stages of life and death.
The exterior parts of each of the works are made with earth and moss, which were collected from forests in Germany. The moss was cultivated on the earth structures through a biochemical process. The materials used for this process were: the collected moss, yoghurt, milk and vinegar. After the moss was adhered to the earth structures, it was watered daily with potable water until it reached its maximum size of approximately three centimeters. When the moss dries, it shrinks and fades. When the works are watered, the moss expands, changes the color again, an emits a pungent odor.
The interior consists of an interaction between light, velvet and threads.
To observe the inside, the visitor should introduce his head into the hole of the sculptures.

INMMANENCE (2014) is a peformance which took place in the floresta of Rio de Janeiro. The duration was between ten to fifteen minutes.
Everything was in silence; the only sounds which could be heard were the ones produced by the insects and animals. There were two participants, a man and a woman (me). Both were dressed in white. Several balls of red wool, needles and scissors were scattered on the ground.
The idea was to create a space of freedom and improvisation were the participants have the choice of sewing themselves to the earth, trees, surroundings, and to each other. At the same time, they could decide wether if their intention was to sew or to cut the woolen threads.

UM was carried out during the night of 8th March, 2014 in an abandoned house in the middle of the floresta in Guaratiba, a vast area on the west side about two hours from the center of the city of Rio de Janeiro. The residents of Guaratiba were invited to participate in this experience. The participants were guided through the floresta to the house by me. We walked in single file and a candle was given to each of the participants, so as to help them through the course. The participants were invited then to enter the house and to walk through it in shifts – it was suggested that each one should remain alone inside the house-.
The first room of the house consisted of an installation of a maze, made up with candles which were circled with white paper cylinders, used as a protection. The maze installed in the first room had several dead ends and two paths which lead to another two rooms. These two rooms were dimly illuminated by candlelight.
On the floor there were bouquets of flowers that were collected from the district.
Earth sculptures were hanging from the ceiling. The sculptures were not figurative but share a ressemblence with the human body. They were made of earth, which I got from the Guaratiba surroundings, and wrapped in white cloth. In one of the rooms, the white cloth covered the sculptures on the upper part; in the other, the cloth surrounded the sculptures from the bottom. The white cloth is used in this case to symbolize life (in our Western culture the new born baby is wrapped in white sheets) as well as death (the dead are generally covered with white sheets). Both bedrooms lead to a fourth and final room. This room was more illuminated: there were several candles lit at the bottom of the four walls. In every corner there were bouquets of flowers and in the center of the room there was a circle made with white sand. From this room the participants could leave the house, the experience.

AGRAFA is a short film with a duration of 06:10 minutes made in Berlin, Germany in 2013.
It is about the union, cohabitation and harmony between that what is split, opposite and complementary: weight – lightness; dark – light; memory – no memory; fate – no fate; symbolic – real; etc.

VITA
Born in Montevideo, Uruguay in 1988. Lives and works in Berlin, Germany.