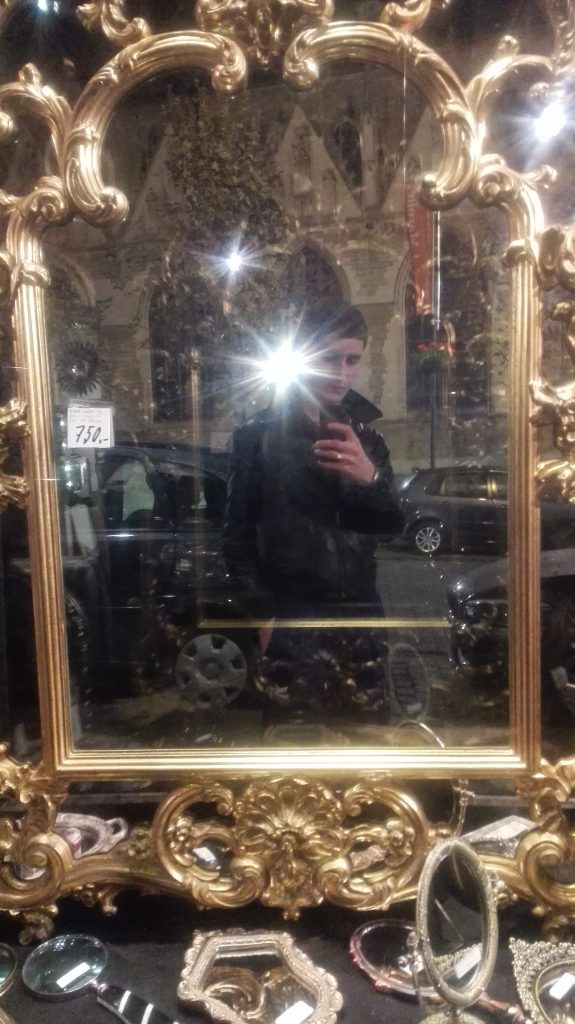 Andreas Chwatal is the winner of the 8th ARTWARD artist-in-residence prize.
He was working in Brussels in Alain Servais Loft. We asked him about his experiences during the residency.

You are spending 6 weeks as an artist in residence in Brussels. What experiences did you have there? Are you working on a particular project?
Experiences, you can make in a vibrant art city. This includes in particular Film, fashion and music. I have not met a poet yet, but that is just coincidence. I’m working on a slide show. A decelerated film of images and text, in which Stone Age people break the rules of society. We will show it in the context of “Kino der Kunst” in March.
In 2014 you have been in Paris with another scholarship, the city is very present in your work. Will it be similar with Brussels?
I am not a citiy traveller, but I have prepared the next projects here. Brussels has similar problems as Paris, on the other hand art flourishes. That will play a role.
In many of your works there is a nightly atmosphere – Brussels: day or night?
At night I see better. I get up at 16 o’clock and have breakfast, then I go to openings or something similar, then meet people, eat and then work until morning.
What made a special impression on you? Do you have a recommendation for us?
The dining room of Steve Jakobs, the exhibition “The Most Given of Givens” by Eli Cortiñas and the underground ramp of Isabellastraat, which supports the city.