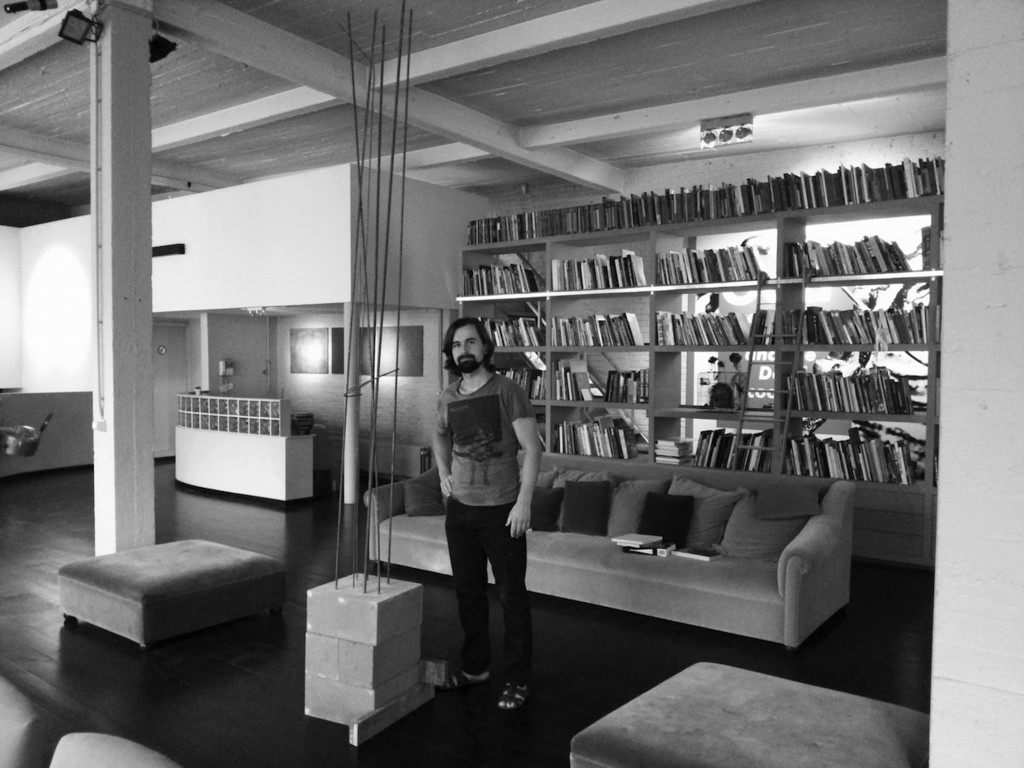 Robert Kunec, winner of ARTWARD artist-in-residence was in Brussels. What are his experiences?

• Robert, you were an award winner at the sixth edition of ARTWARD, winning a studio residency at the loft-space of the Belgian art collector Alain Servais. What experiences did you have there? (Perhaps you’d also like to mention why you made a second trip to Brussels?)

In any collection one is always going to be confronted with the work of other artists. You learn a lot about the taste of the collector and the philosophy that stands behind it. So a residence like this one is not only about making work, but is much more a form of confrontation with yourself in an unfamiliar environment, beyond your trusted surroundings. It is therefore important for gaining a new perspective on your own work.  Independent from ourselves, art continues to speak the same language. My second trip to Brussels was really aimed at the city’s surroundings and other towns. Belgium has a lot to offer in terms of art and culture.

• Your work involves a close examination of political themes, war, and terrorism. Brussels is the headquarters of the EU and NATO. Did that play a role for your work when you were there?

Not directly, or at least, only a secondary role. I work with political and social themes so I spent a lot of time outside the confines of the loft and of the city. Brussels is very diverse, old and modern like any metropolis – but from an urban perspective it’s unique.

• In Brussels you also took part in the group exhibition ‘The Remarkable Lightness of Being’ at Aeroplastics Contemporary. Did this cooperation come about through the residency with Alain Servais?

The one didn’t rule the other out… It was the idea of my gallery. They’d already created the   contact and my being in Brussels finally made it possible. The gallerist, Jerome Jacobs, visited me at the collection and we were able to to discuss the work there.

• Would you recommend the residency?

I can only recommend it and I’m sure that everyone would find it special. It gave me a lot of impulses for my work.

There are a number of shows coming up, both here and abroad. There are also a few projects planned that I’m already working towards.